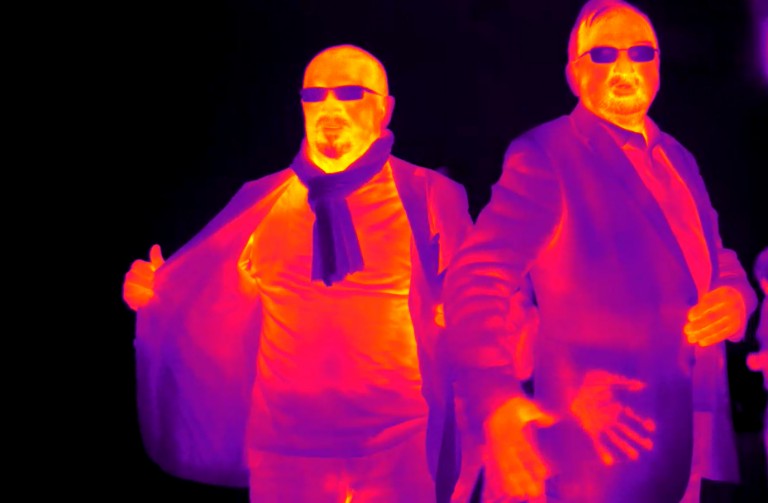 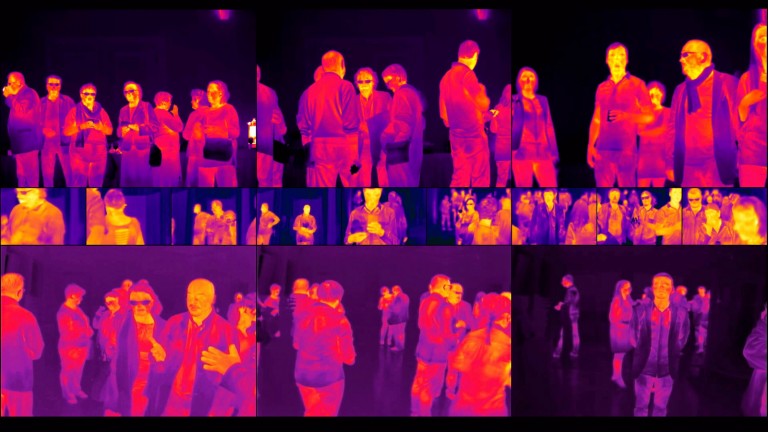 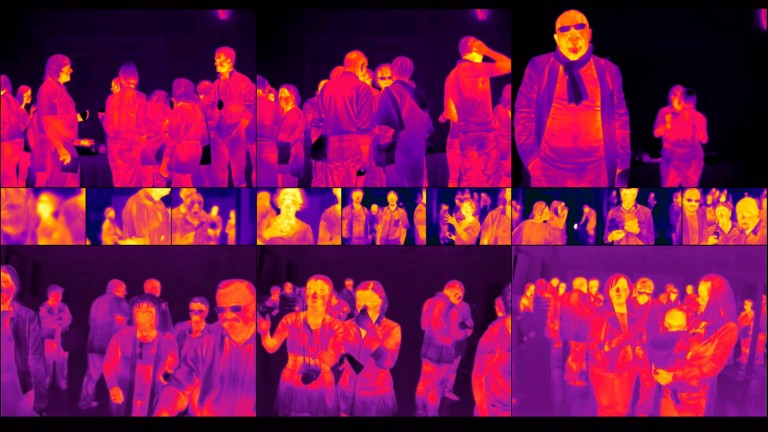 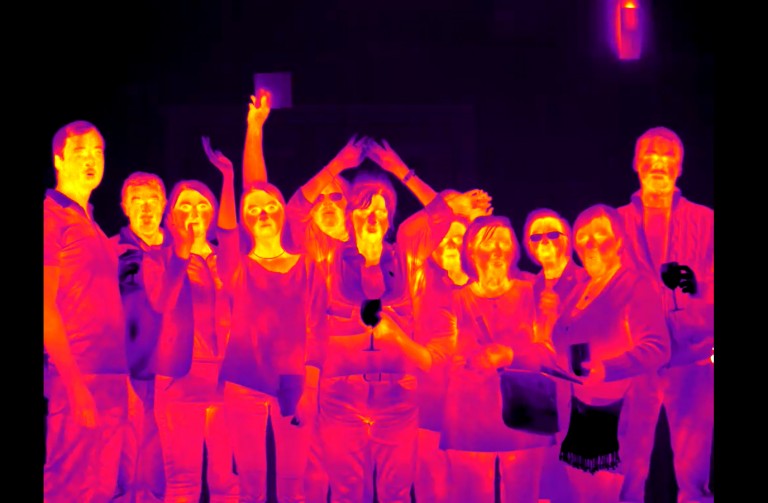 Project consists in registering the emission of heat produced by the humans bodies and by the architecture. Thermovision technology permits detection and imaging of changes in heat radiation emitted by physical bodies. Project reflects the issue of potential infiltration of further levels of our private lives.

Project is a multi-channels video projection displayed simultaneously in the gallery room. Each projection channel display frames presenting fragments of public  space, architecture, and moving silhouettes of people. This would result in detection of the actual anomalies that make an individual or a group of people act at a given moment in a manner that is different than usual or different from others behaviour.

The soundtrack was composed by Hubert Napiórski, on the basis of recordings made at the locations where video material was registered and on „Solfeggio frequencies” used so as to provide subliminal stimulation of the audience.