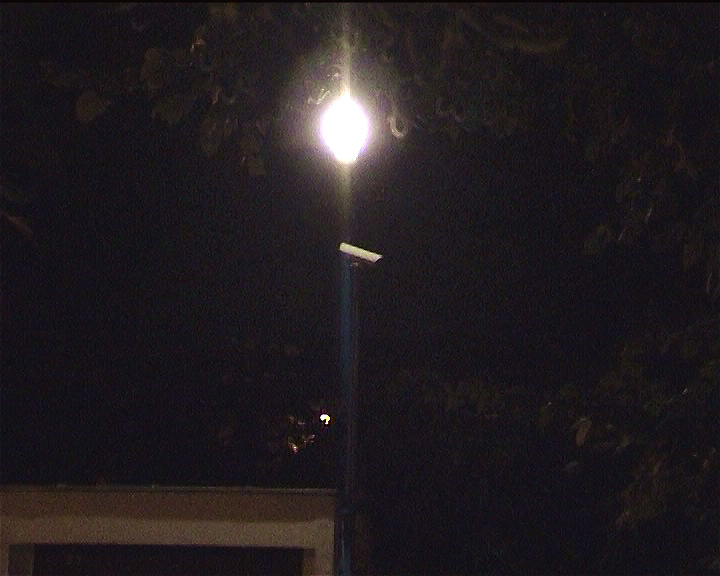 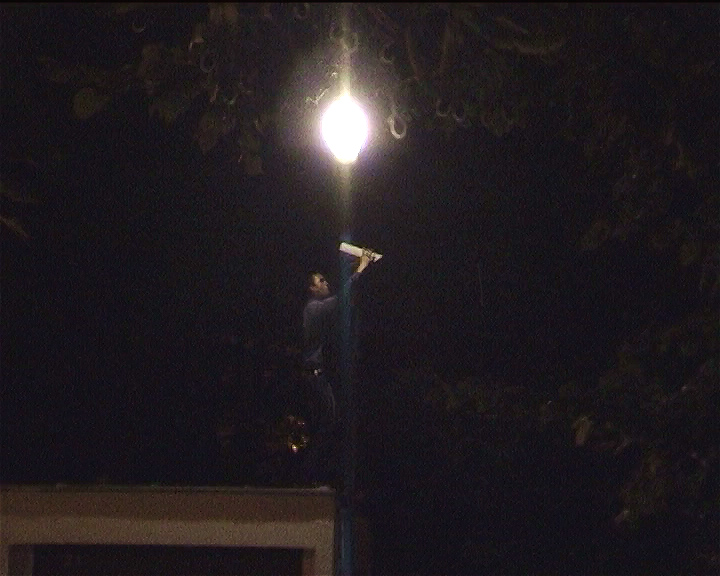 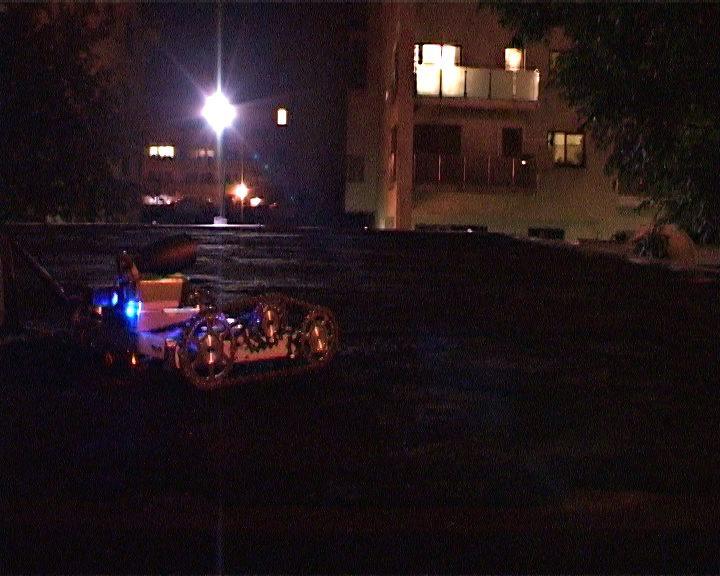 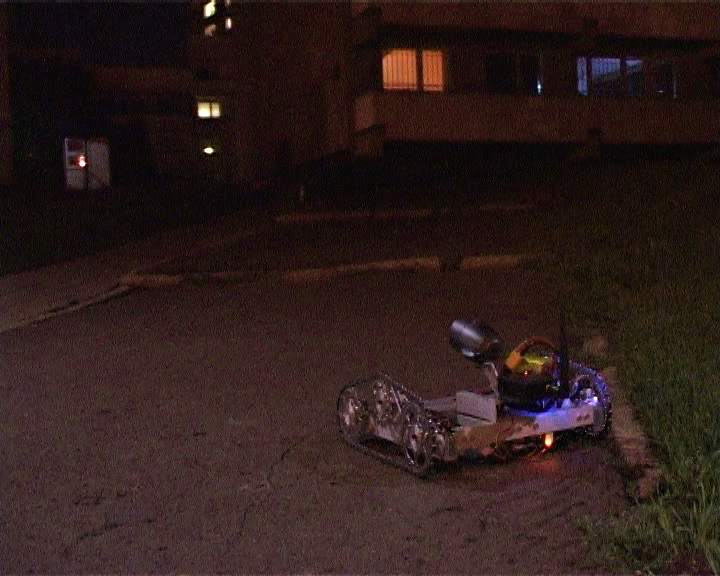 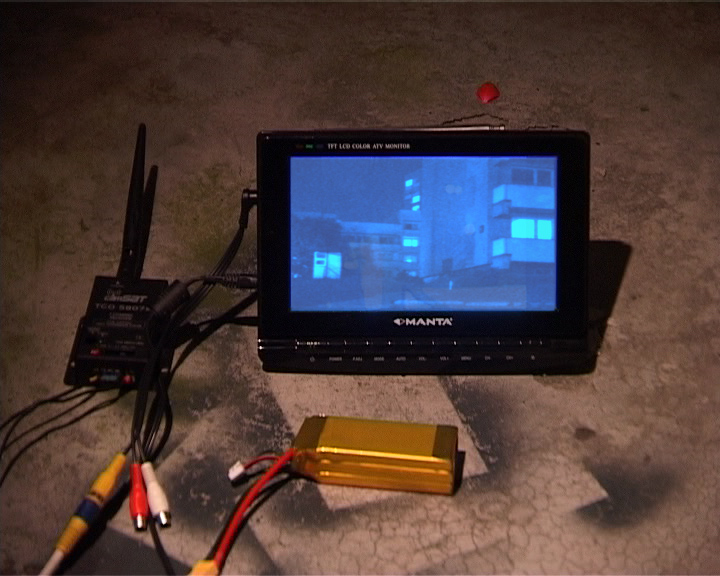 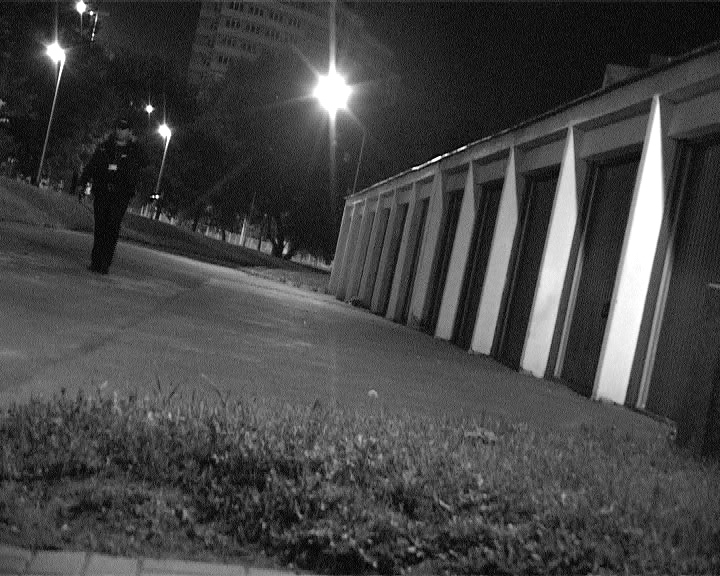 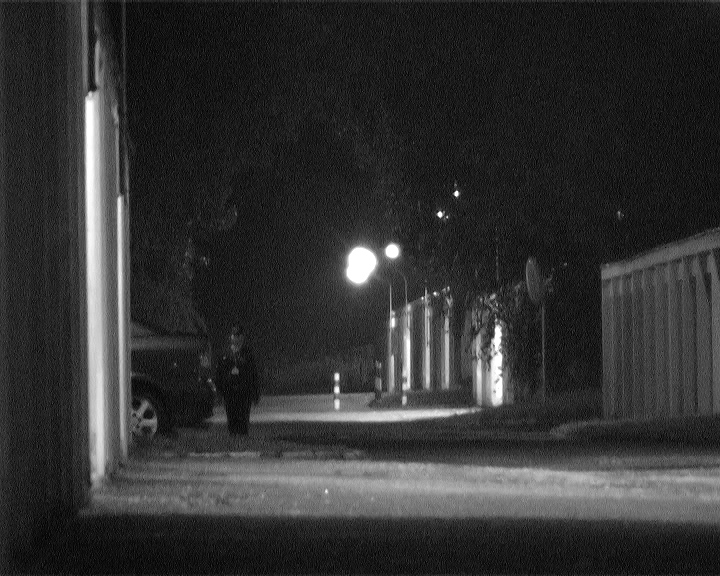 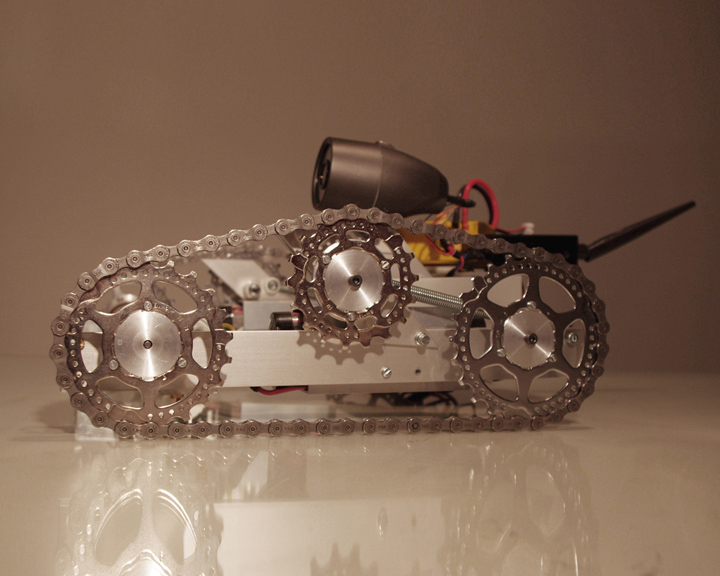 The „Interception” series of actions consists in illegal interception of CCTV cameras monitoring urban areas. The intercepted CCTV cameras are then used in order to raise public awareness of the growing issues of social surveillance implemented by means of technological devices – „Surveillance Culture”.

This time the action involved the use of a remote control robot constructed by the author himself. The robot enabled monitoring of the location of a security officer who supervised the part of the residential area concerned. Such a solution permitted to carry out an effective intervention at the perfect time.

The robot had been designed and constructed at home with the use of the generally available technology (shops selling model kits, CCTV devices, electrical appliances, metal and aluminium strips). No construction elements (subassemblies) had been purchased with the use of a credit card and their selection had not been discussed on online forums, which made potential identification of the creator of such a device significantly more difficult.