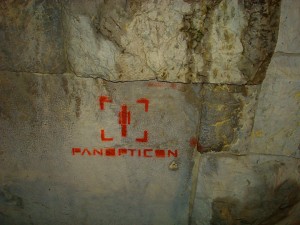 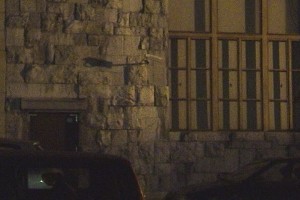 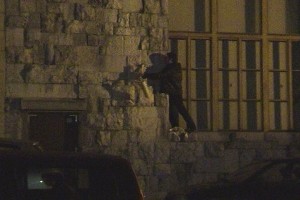 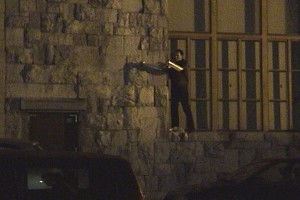 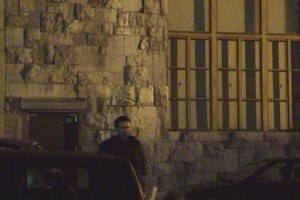 The surveillance camera, used to monitor public space, has been overtaken in a city of Ljubljana. On location, where the CCTV camera had been disabled, the author left a mark – the word „Panopticon”, which pointed to the meaning of the action. Camera and documentation of the intervention were exhibited in a Gallery in Ljubljana after the event.

The „Interception” series of actions consists in illegal interception of CCTV cameras monitoring urban areas. The intercepted CCTV cameras are then used in order to raise public awareness of the growing issues of social surveillance implemented by means of technological devices – „Surveillance Culture”.